Most Deaf and hard of hearing children are born to parents with typical hearing – the majority of whom don’t have much experience with deafness. Parents want what’s best for their children. But knowing what is right can be challenging.

I know a lot of these parents. As a Deaf person who knows a ton of D/deaf and hard of hearing people, I end up meeting a lot of their parents, and that’s always a kick. When I first meet them, there’s a little electricity when our eyes meet. An I-know-you-but-not-really or how’d-it-work-in-your-world kinda way. It’s a shared familiarity that binds us.

I had that with my father in law.

I met him 13 1/2 years go when my then-fiance and I took an impromptu flight from Los Angeles to Chicago and then a bus to the Wisconsin border for a whirlwind weekend trip to meet his folks. Winter in Wisconsin is a wild concept to people who have never been, but since it would be the only opportunity to meet them before they flew out to our June wedding in California, we grabbed it. His Dad picked us up at a gas station that doubled as a bus stop on an isolated road surrounded by a powder-white landscape.

He found us right away, feigned surprise to see us/congratulated us on arriving in one piece and we hit the road back to their little hometown I aptly nicknamed “the tundra”. 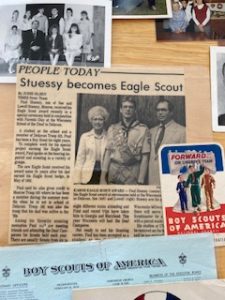 People from rural Wisconsin really impress us non-midwestern types with their ability to not only drive their stick-shift pick up trucks on ice-packed roads in January, but also because they’re so CASUAL about it. This, his dry humor, appreciation for essential oils and general political-incorrectness made me giggle enough to save me from squealing the whole way as I rode into town white-knuckling the dash while my butt clung to the middle hump of the bench seat.

Safe inside a diner just having ordered breakfast, he was sitting across from me and my husband in a booth and was leaning toward me with interest.

My response to his question wasn’t elitist. It was because growing up in the 80s in suburban New York, keeping up the facade of me being “normal” was a big deal. Both to me and my family. And it seemed normal enough: I spoke, used hearing aids, had a resource teacher (who literally saved my less-than-studiously-inclined heinie over and over).  But we didn’t know anything different.  I passed as a hard of hearing person with minimal access. I masked a lot so I seemed to take in more than I did. But so many areas were fuzzy. And they didn’t become clear until I got to college. So in my mind, state schools for the Deaf were far off places that I didn’t have the benefit of knowing about or how they would be a place for me. We simply didn’t know all the things we know now.

So, I was a little salty.

But he didn’t know that. His face fell slightly, said, “Oh…” and our attention turned to something else as it does when you’re visiting family.

But that moment really stayed with me.

I think he wanted to know if he did the right thing.

My husband was born profoundly Deaf and adopted at 18 months. His deafness only became known to his parents after the fact so to say they were caught off guard was probably a significant understatement.

Information on Deafness, Deaf Culture, American Sign Language was of course not as easy to find n the late 1960’s as it is today, never mind in rural Wisconsin. Nevertheless, they sought out and received some different perspectives and tried a few different approaches locally, shifting gears when they could before ultimately allowing him to enroll at the Wisconsin School for the Deaf. The caveat: the school was two hours away from where they lived and ran their family business.

How did they make that decision?  They saw him interacting at a Deaf Camp with other Deaf kids. They saw him in a place that that totally accessible to him for the first time. They saw what was possible in the other kids and adults at the camp and wanted that for him too.

They saw him thrive. 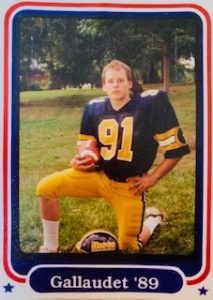 My husband with his beautifully fluid, seemingly-native command of American Sign Language was actually 10 years old before he really learned it.

He speaks with his voice very well.  He can converse 1:1 with non-signing folks and has some pretty stealth lipreading and perception abilities, even for a Deaf person.

But seeing him in signing environment with peers was when they got a glimpse of what could be for him. Late or not, they made that leap of faith.

I’m so glad they did.

Did they do the right thing? I think so.

Would that have been the right choice for me?  Maybe not.  We’ll never know because I had a different path.

Fortunately, we both got to a place where we thrived as Deaf individuals.

That’s really the key, and what I would encourage parents to use as the measuring stick.

There are so many perspectives in deafness on how to educate, communicate, hearing devices that a parent new to this world would have their head spinning. Some people try one way and decide something else would also benefit their kid. You can change course.  You can add, subtract as you keep learning.

But how is a parent supposed to know what’s best their Deaf child?

First and foremost. You can see this by the light in their eyes and in how they move about the world and interact with its occupants.

Deaf children should have firsthand ACCESS to the world around them.

This means tools and empowerment in how to use them.  In EVERY level of education, family and social interactions. They shouldn’t feel like they wouldn’t be able to do something just because they are Deaf. This is not a luxury, either. It’s a human right.

Deaf children should be able to communicate freely.

I hold the belief that all Deaf children have a right to learn and communicate in ASL. But as is the case with many families and was the case with my own family and the lack of information at the time, I WAS actually communicating rather *freely* albeit a bit oddly at times, so some kids will just be more naturally verbal. Just supplement that.  Offer stuff.  Include them.

Deaf children should have a social network.

This means peers and friends. People to hang out with that they aren’t necessarily related to. Ideally every Deaf child should have at least one other Deaf friend in their social circle. But hearing allies who truly accept and reciprocate in celebration for who they are, are so very valuable. 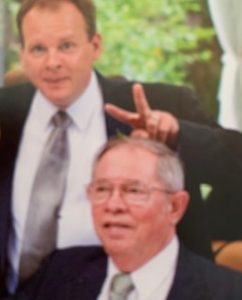 Deaf children should have pride in who they are.

They should feel secure in their deafness, not ashamed. Not every kid is super confident and outgoing by personality, but Deaf children should not be ashamed or wish they were not deaf. They should feel like it’s ok so stand with their feet on the ground in mixed company being a Deaf person and that it freaking ROCKS, ok?  They should be exposed to the philosophy that deafness is a valuable, sacred part of them. Strong Deaf role models are abundant in our community.  Show them who they are, let them meet new ones in their daily lives. And this leads me to the next point..

As a hearing parent, you check in with Deaf adults.

Not to get anyone’s OPINION of how you are raising your child but for YOU to see how Deaf adults live and how they got there.  Find adults who have the same communication, education, social access that your child is being given and observe. Are you finding them?  What’s their vibe? What jobs do they have? What cool things are they doing? I believe meeting thriving Deaf adults was the clincher for my in laws in getting my husband access to ASL and the deaf community. That wasn’t as easy back in the 70s, but luckily, the internet brings the world that much closer so you can find people faster today. They are celebrated and thriving everywhere.

You know your child best. Seeing how, when and where they thrive is how you know you’re doing right by them.

My father in law was a seeker by nature. He seemed to enjoy learning things and even took on a new career in wellness mid-life. I’d venture that learning about perspectives in deafness was his continued research on topic he began so long ago when he first discovered my husband was Deaf. It was his habit to connect, to learn, to adapt, to seek, to switch channels and above all… reassess to see what’s working – if not, change it. 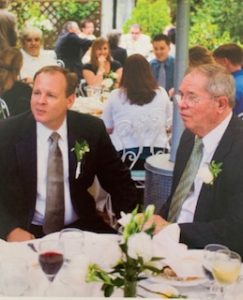 Because that’s what he did.

And love he did.

That’s always going to be the right thing to do.

It’s tough when a parent finds out their child is Deaf or hard of hearing. Even harder is knowing what to do. With all the perspectives on deafness, the best thing is to go forth with love.. making sure your children have the opportunity to thrive – that’s the most important thing.

I started writing this piece in the Fall of 2021 with the intention of not only hitting on this crucial topic faced by parents of children with disabilities, but also as a way to honor my father in law Lowell who inspired it with our initial meeting. My plan was to publish it on his birthday in January, but he unexpectedly passed away on December 18, 2021. Today is the day of his memorial service, so I offer this in his memory instead with all my love and appreciation. Not only for his brave choices, but for this guy too (pictured below in his hometown this week). 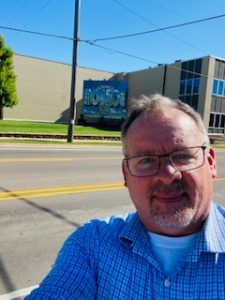 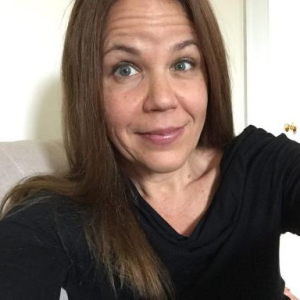 The Problem with Sound of Metal 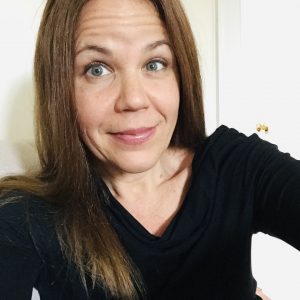